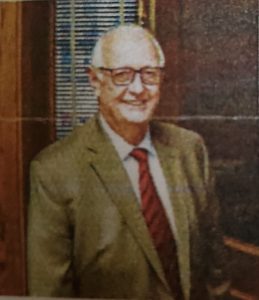 Interesting read — “story within the story”

Brother Steve Towler 67′
This June 15th, an Archon will have the unique honor and pleasure of presenting to another Archon an award that he himself had been presented in 2012, by yet…another Archon. That is a story in itself.
This prestigious honor is the Ashland Kentucky 45th annual Elks Sports Day Award.
In 1975 Ashland Elks Lodge Number 350 began an annual tradition of recognizing a local athlete for their lifetime contributions both on and off the field of play. Steve Towler will be the 45th annual Elks Sports Day honoree. He will be recognized in June.
Steve, a 1963 Boyd County High School graduate, is widely recognized as one of the outstanding players of his era. His senior year, he was named to the All-State Team. He was also named Outstanding Player of the 16th District and played in the Kentucky East-West All Star Game. He went on to play two years of scholarship basketball at the University of Tulsa and finished his collegiate career with two years of outstanding play at Rio Grande College.
Towler began his teaching and coaching career in the Russel Kentucky School System in 1968 and officiated high school and college hoops in the Tri-State for a decade.
In 1977, Steve began a 20-year run as Superintendent of Public Schools in 5 different Kentucky schools’ systems and was named Outstanding Superintendent by 10 different education organizations. He recently completed a four-year term as County Judge Executive in Boyd County.
Now the “story within the story”. Presenting Steve Towler with this award will be Steve Gilmore, present mayor of Ashland Kentucky and honoree of this same award. Steve Gilmore was also a standout player for Rio and is also an Archon. To take it a step further, the presenter for Steve Gilmore’s award was Bob Leith. Bob was also a great player and a beloved history professor at Rio for many years. Oh…did I forget to mention; Bob Leith is also an Archon! 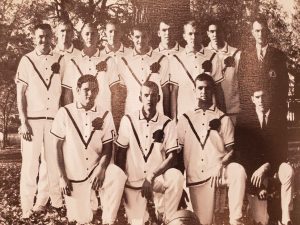